Theoretical and experimental physicists at LLNL collaborate to develop new approaches for studying nuclear reactions key to stockpile stewardship and the production of elements in the cosmos.

Neutron-induced reactions touch every aspect of modern life. They drive the nuclear power plants that light our homes and create many of the radioactive isotopes used for nuclear medicine. They are of interest to stockpile stewardship, which ensures the safety, security, and reliability of the nation’s nuclear deterrent without relying on testing nuclear weapons. Understanding these reactions can help answer questions about the origins of the elements around us.

As important as these reactions are, they are extremely difficult, or in many cases impossible, to measure directly because many nuclei that participate in these reactions are radioactive. The importance of these reactions necessitates the development of techniques to measure them indirectly. To this end, we collaborated with theoretical physicists at LLNL to develop the Surrogate Reactions Method (SRM), an indirect technique for constraining the properties of neutron-induced reactions.

In the SRM, a projectile and target form the same compound nucleus (a statistical object that lives long enough for the energy with which it is formed to be distributed over its constituent nucleons) as would be formed in the desired—in this case neutron-induced—reaction. The formation and decay of this compound nucleus are measured, and the measurements are used to constrain parameters used to calculate the properties of the desired reaction.

We have used the SRM to constrain the properties of neutron-induced reactions of interest to applications and fundamental science. When possible, we used stable beams at facilities like the Cyclotron Institute at Texas A&M University and the 88-inch cyclotron at Lawrence Berkeley National Laboratory. Using this method, we have demonstrated:

With further research, we hope to: 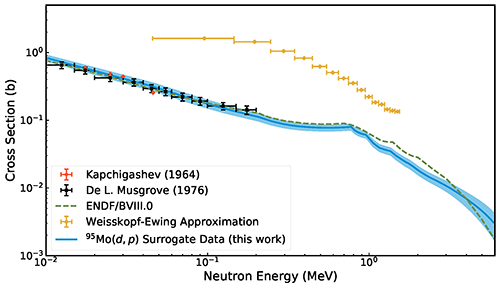 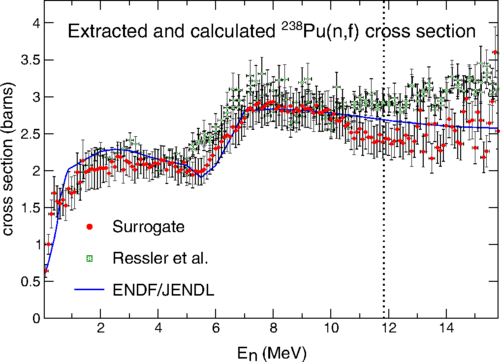 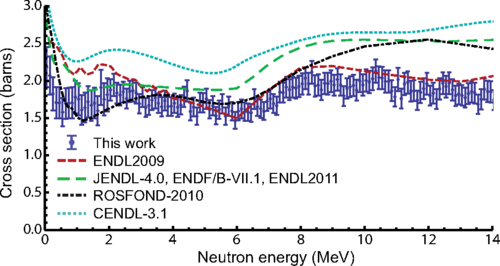 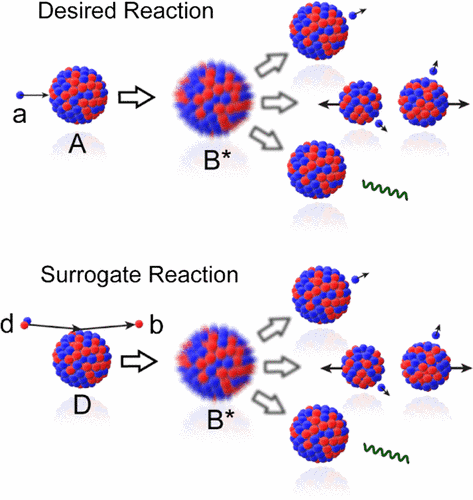