Shape is a fundamental property of an atom’s nucleus. However, one of the emergent properties of the nuclear many-body problem is deformation: nuclei can take on many shapes, from simple forms such as prolate (rugby ball) or oblate (disc), to more exotic shapes, like triaxial (kiwi fruit) and octupole deformed (pear).

We use the Coulomb excitation technique on accelerated beams of exotic ions to measure the nuclear shape and determine its form and the magnitude of its deformation. Our work primarily takes place in three laboratories: the National Superconducting Cyclotron Laboratory (US), and Argonne National Laboratory (US), and TRIUMF (Canada).

We are developing an experimental setup called CHICO-X that will provide exceptionally precise Coulomb excitation measurements of radioactive nuclei produced at the Facility for Rare Isotope Beams.

Localizing the shape change in selenium

In some isotopic chains, the underlying nuclear shape can change from one isotope to the next. This has been thought to occur in the selenium isotopes, with previous measurements indicating a different shape for lighter isotopes than for the stable ones. However, the point at which this change occurred was not known.

In the first measurement of its kind to be performed at the NSCL, we demonstrated that this shape change occurs between the isotopes selenium-72 (prolate, rugby ball) and selenium-70 (oblate, disc). This inflection point is a very sensitive test of nuclear models, many of which are presently unable to reproduce it.

Octupole deformed (pear shaped) nuclei are exceptionally rare, but are also very important for tests of the standard model of particle physics. One region where these shapes were expected to stabilize is for heavy isotopes of barium.

Using the CHICO detector setup coupled to the state-of-the-art GRETINA system for detecting gamma rays, we demonstrated the large magnitude of octupole deformation in both barium-144 and barium-146 for the first time. 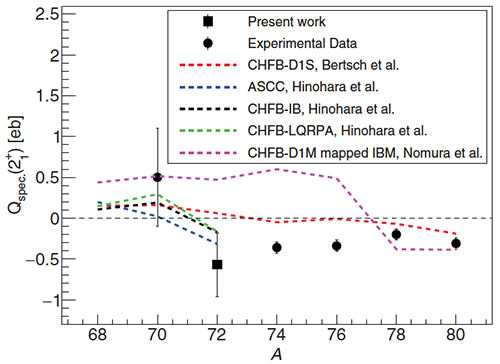 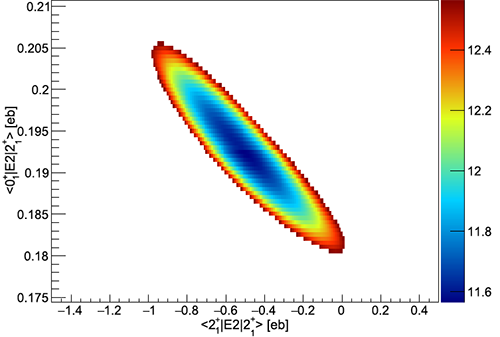 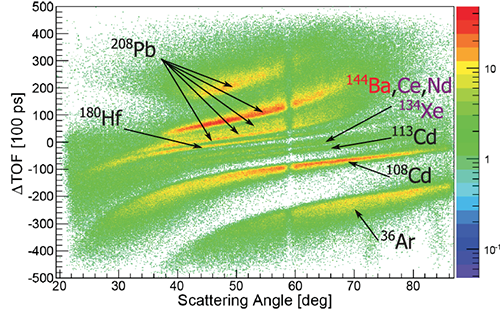